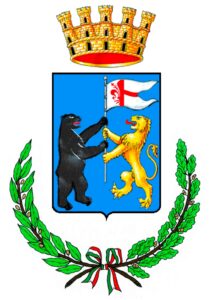 The Spedale della SS. Annunziata at Figline, a hospital for the sick and the poor, was founded in 1399 by Ser Ristoro di Jacopo Serristori. The hospital was situated at the centre of Figline, occupying one side of today’s Piazza Ficino until 1890, when it was moved to the Villa di San Cerbone, still today the seat of its old pharmacy, the Antica Spezieria. In that same year, 1399, the Florentine artist Giovanni di Tano Fei painted for the new Spedale a polyptych now dismembered, described in the hospital’s 16th-century inventories as adorning the altar in the chapel. The central panel depicting a Virgin and Child with Angels is still to be seen in the Spezieria, while the side panels representing St. James and St. John the Baptist and St. Andrew and St. Anthony the Abbot are now in private collections. Still present in the chapel is an Annunciation by Ludovico Cardi, known as Cigoli (1559-1613), dating from around 1580, one of the numerous artworks created for various rooms in the hospital. Remaining from the old pharmacy, set up at the Spedale in the first half of the 16th century and renovated in 1724, are some of its 16th-century furnishings (chests of drawers, shelves) with additional pieces dating from the 18th century, when the pharmacy was moved to its new premises. Portraits, along with many ceramic and glass objects of use dating from the 15th to the 19th century, are displayed here. The earliest inventories show that the Spedale ordered its ceramics from the potters at Figline, at Impruneta, and even at Deruta; however, most of the surviving sets of 16th- and 17th-century majolica vases come from Montelupo. Glassware was ordered from local artisans (called ‘bicchierai’), while the more refined pieces were imported from Venice. Surviving today are numerous glass pharmaceutical jars of different sizes dating from the 17th-18th centuries. Many of them still contain traces of chemicals and medicines, indicated on the labels in elegant 19th-century handwriting. Although their provenance is uncertain, they seem to have been produced mainly in Tuscany. cabinet from the 18th century