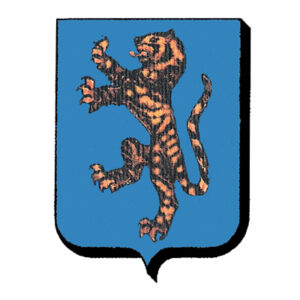 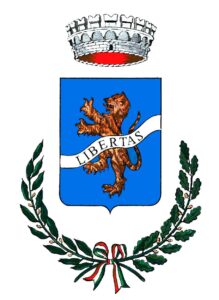 The Museo d’Arte Sacra Tavarnelle is housed in the Canonica of the Pieve di San Pietro in Bossolo. Probably dating from the second half of the 11th century, the building has regained its original aspect with three aisles terminating in apses, and arches supported by pillars, thanks to restoration carried out in 1946-47. The portico on the facade was added in the early 16th century. In the past, a Pieve was the only church in a territory authorised to administer the rite of baptism. Excavations conducted in the 1960s unearthed the foundations of the ancient baptistery standing before the church (as in the nearby Sant’Appiano) and a large stone baptismal font, now kept in the Pieve.

In the Museum, vitrines display liturgical objects dating from the 15th to the 19th century, coming mainly from the nearby churches of Santa Lucia al Borghetto, San Lorenzo a Vigliano, and Santa Maria al Morrocco, as well as from San Pietro in Bossolo; also coming from it two processional crosses datable to the 13th century.
The oldest painting in the collection also dates from the second half of the 13th century. A gold-ground Virgin and Child in the Byzantine style typical of Florentine art from that period, it is attributed to Meliore di Jacopo. Although it originally hung in the Oratory of San Michele a Casaglia, it has been kept in the Pieve di San Pietro for many years.
The Madonna and Child by Rossello di Jacopo Franchi was moved instead from San Giusto to Petroio in the early 15th century. In 1718, it was brought to San Pietro in a great procession and placed in a chapel specially built for the occasion, since it was deemed miraculous. In old photographs, gold jewellery (coronets, rings) can be seen adorning the painting as homage to its regal nature; these and other additions were removed in the restoration of 1995.

Displayed in the Museum are paintings coming from the nearby Santuario di Santa Maria al Morrocco, in the vicinity of Tavarnelle. These works were painted in the 1470s by the Florentine artist Neri di Bicci for the three altars of the church recently founded by Niccolò Sernigi. Over the main altar hung the Trinity, now reduced to two large fragments, depicting the Virgin and St. Sebastianand St. John the Evangelist and St. Rocco and e side altars were decorated with a Lament for Christ Dead and Madonna Lactans with Saints.
In addition to a curious collection of ex-votos are such noteworthy artworks as the triptych of the Virgin and Child with St. Peter and St. John the Evangelist attributed to Ugolino di Nerio; a late-14th century Virgin and Child by Lorenzo di Bicci; a Virgin and Child with St. Martin and St Sebastian by the Master of the Campana paintings (otherwise known as the Master of Tavarnelle); a Virgin and Child with the Young St. John by Jacopo da Empoli, dating from the beginning and the end of the 16th century respectively. processional cross from the 13th century triptych with the Virgin and Child with St. Peter and St. John the Evangelist Virgin and Child with St. Martin and St Sebastian