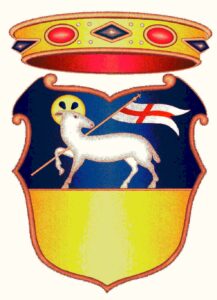 MUSEUM OF SAN FRANCESCO IN GREVE IN CHIANTI

The Greve in Chianti Museum occupies the spaces of the former oratory of San Francesco. Inaugurated in 2002, it contains paintings, sculptures, liturgical vestments and gold-work coming from the churches around Greve.

The oratory was probably built in the early 16th century as part of a complex including a hostel for travelling Franciscan monks, dependent on the Croce di San Casciano monastery. The importance of the Franciscan presence in the Greve territory is shown by how frequently the founder of the Order is represented in the works now collected in the museum.
S. Francis is among the figures appearing in the polychrome terracotta altarpiece dating from the early 16th century depicting the Lament for Christ Dead, perhaps still in its original position over the altar of the oratory, attributed to Baccio da Montelupo. The Saint is represented on the marble bas-relief from the early 15th century coming from San Pietro a Sillano, attributed to Pasquino da Montepulciano (like the marble altar-frontal with the Discovery of the Image of the Impruneta Virgin now in the local Museo del Tesoro). The Saint also appears with St. Bartholomew in the badly deteriorated Sacra Conversazioneby Francesco Granacci from around 1498.
In the oratory is a small panel with an Annunciation from the church of Santa Croce a Greve. It is the oldest work in the museum, showing the typical features of mid-14th-century Florentine painting. There is also an early 16th-century painting of the Virgin and Child, the Young St. John the Baptist, St. Anthony the Abbot, St. Lucia and the two Donors, who may be members of the Bardi family, lords of the Castle of Sezzate, clearly recognisable in the background.

In the sacristy are liturgical vestments from the 16th-18th century and some religious furnishings. A little stained-glass window with St. Silvestre dating from the early 16th century and coming from the church of San Silvestro a Convertoie, has been inserted into the structure of a small confessional; it was produced in the workshop of the Frati Gesuati di San Giusto alle Mura in Florence.
In the gold-work room on the first floor are many liturgical objects (reliquaries, monstrances, pyxes, and chalices from the 14th-19th century); a bell dated 1312 coming from the church of Santa Maria a Vicchiomaggio; a little ivory Peace with a grieving Mary and St. John the Evangelist but lacking a Crucifix at the centre, produced in the late 14th century by the Florentine workshop of the Embriachi, specialised in carving bone; a Virgin and Child in painted stucco by Nanni di Bartolo from the late 15th century, modelled on works by Lorenzo Ghiberti.
The group of 17th-century canvases includes a Madonna of the Rosary with Saints by Francesco Boldrini, an Our Lady of the Assumption with St. Lucia and St. Anthony of Padua by Francesco Curradi and an Our Lady of the Assumption from the circle of Jacopo Vignali. A small group of these works, including a St. Peter Imprisoned, comes from the Emilian School comes from the late-19th-century donation of Rosa Libri Del Rosso,. Virgin and Child, the Young St. John the Baptist, St. Anthony the Abbot, St. Lucia and the two Donors