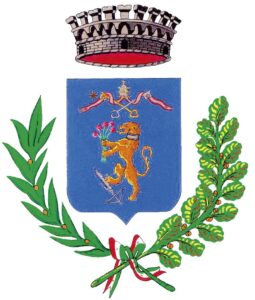 The Oratorio di Santa Caterina, dating from 1354, was built by Jacopo and Giovanni with their nephews Bernardo and Benedetto, from the powerful Alberti family. On the outside the oratory appears as a simple structure built of Alberese limestone, like many others in the Tuscan countryside. But inside it is a triumph of colour! The first bay and the rectangular apse are embellished by a splendid fresco depicting Stories of Santa Caterina of Alessandria, he Patron Saint of judges and notaries, venerated for her wisdom throughout the Middle Ages.

The Master of Barberino and Pietro Nelli, painters active mainly in the second half of the 14th century, began to decorate the rectangular chapel around 1360.
fter a thirty-year interruption, the decoration of the chapel was resumed, as requested by Benedetto di Nerozzo degli Alberti in his will dated 1387. A The work was assigned to Spinello Aretino, a painter in great demand toward the end of the century, who frescoed the first bay with vivid new scenes from the life of the Saint, creating a cycle of eight episodes.
Starting from the lunette on the right-hand wall, the scenes are: the Conversion and the Baptism of Catherine, mparted by a hermit monk; the Mystical Marriage of the Saint with the Baby Jesus and the scene where St. Catherine refuses to worship idols at the order of Emperor Maxentius. On the opposite wall: the Dispute with the Pagan Philosopher and the Burning of the Philosophers, illustrating the martyrdom of some of Catherine’s converts to Christianity; a double scene set in prison illustrates the Conversion of Empress Faustina and of Porphyrius, military captain and Christ’s Visit to the saint. ; This is followed by Beheading of Porphyrius and the Converted Soldiers.

The scenes end above the triumphal arch with the Martyrdom of the Saint by beheading and the Transport of her Body to Mount Sinai by angels. Spinello also frescoed the busts of Prophets below the main scenes and the four Evangelists in the vaulting cells. The Alberti coat of arms appears frequently the ribbing of the vault is also decorated with their four arms against an azure field.
On the altar is a copy of the triptych painted by Agnolo Gaddi for the Oratory. The original, stolen in 1921, was found again and is now in the Uffizi storage deposits.

With the downfall of the Alberti family, the Oratory entered a long stage of decline.

In 1626 the rector Francesco Venturi had the sacristy built, opening a door that destroyed the lower part of Pietro Nelli’s St. Anthony the Abbot. Venturi may also have been responsible for having the frescoes in the rectangular apse whitewashed, while those of Spinello have remained visible, even during the time when the Oratory was used as a farm building.
Attention was focussed again on the condition of the Oratory in the 19th century, but restoration of its structure and the frescoes began only in the early 20th. Final restoration was carried out in 1996-98. After several changes in ownership, the Oratory was acquired by the Commune of Bagno a Ripoli in 1988. Master of Barberino and Pietro Nelli

Martyrdom of the Saint, scarsella Fresco on the right-hand wall Fresco on the lef-hand wall 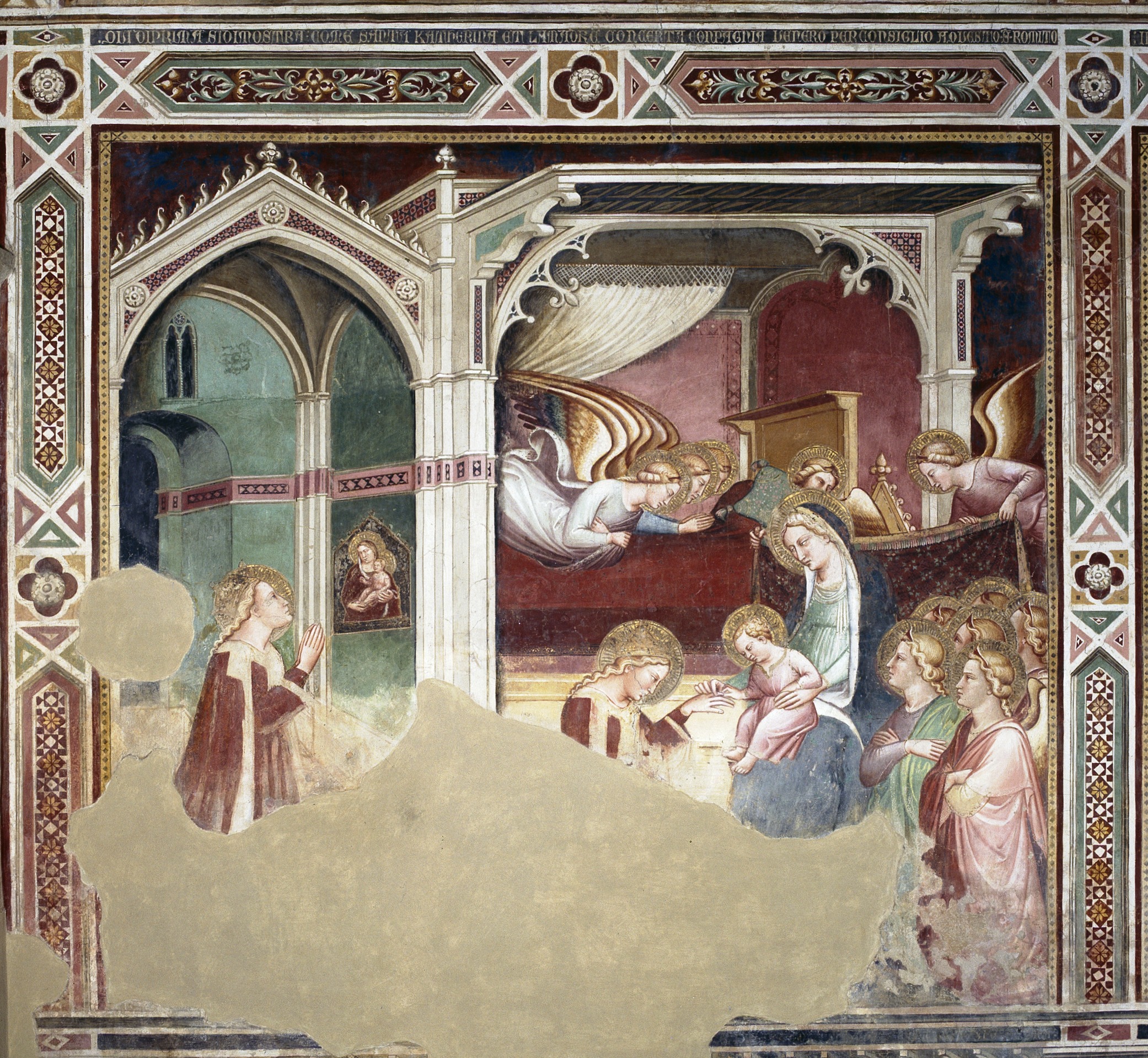 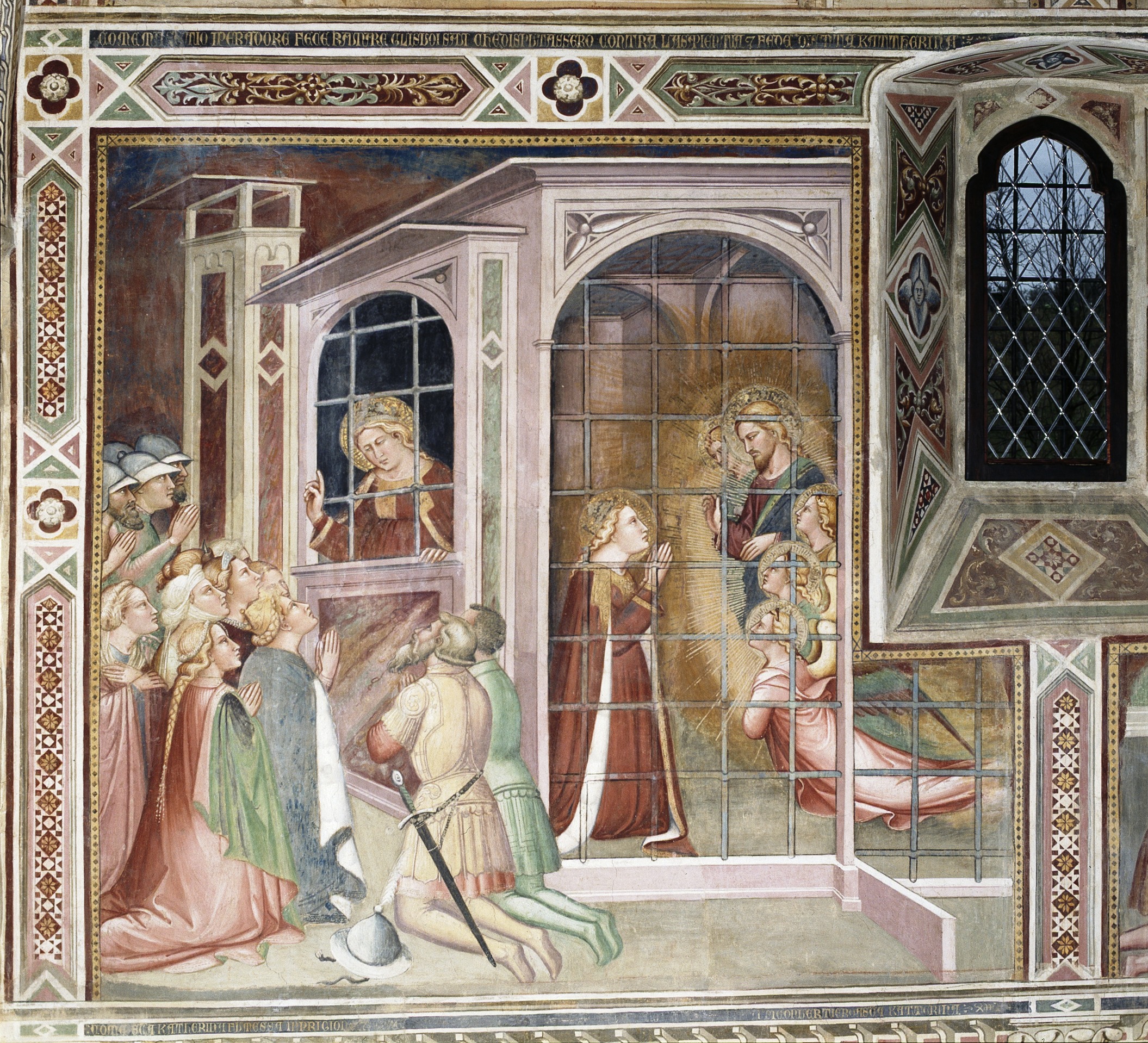 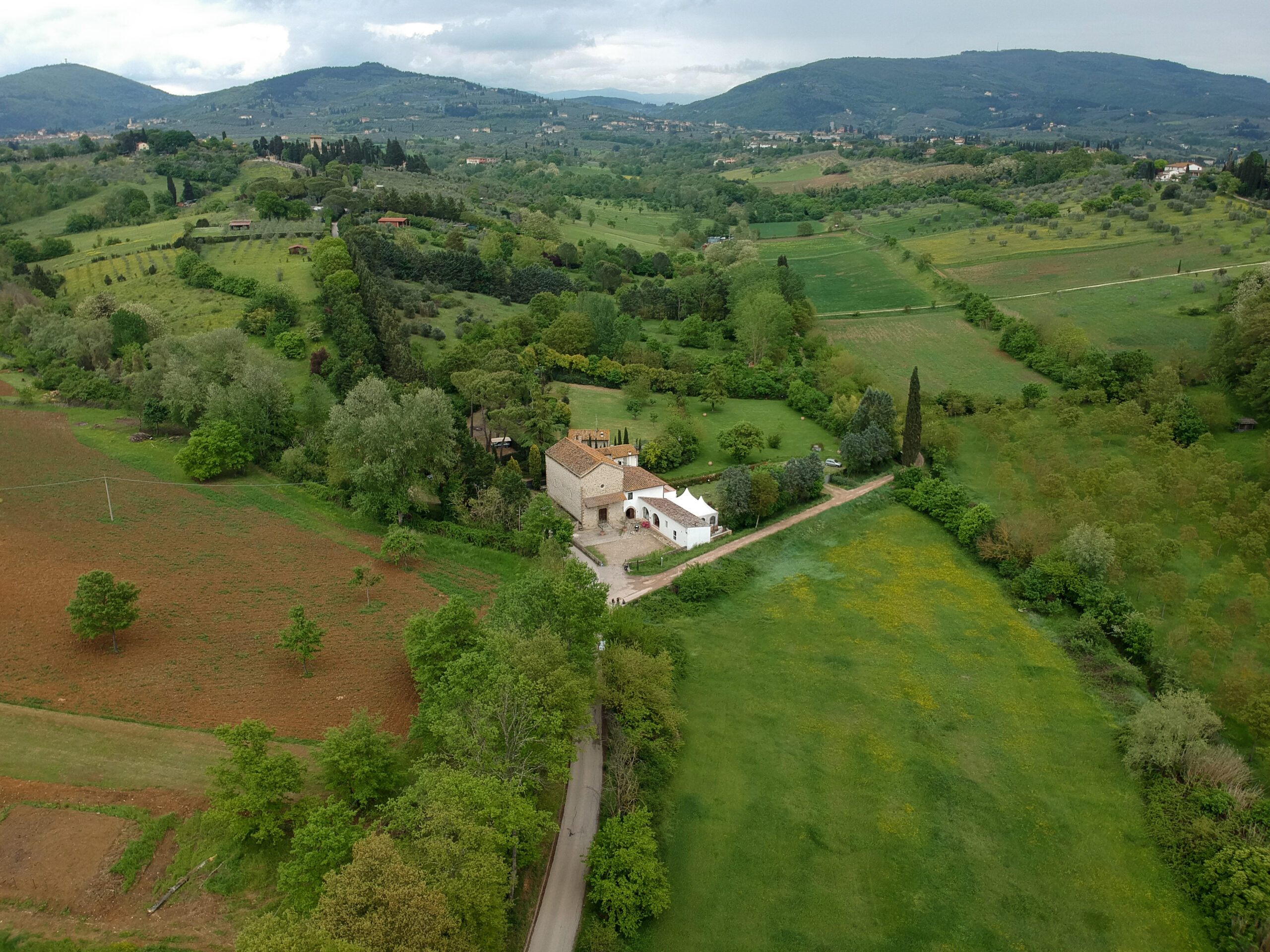